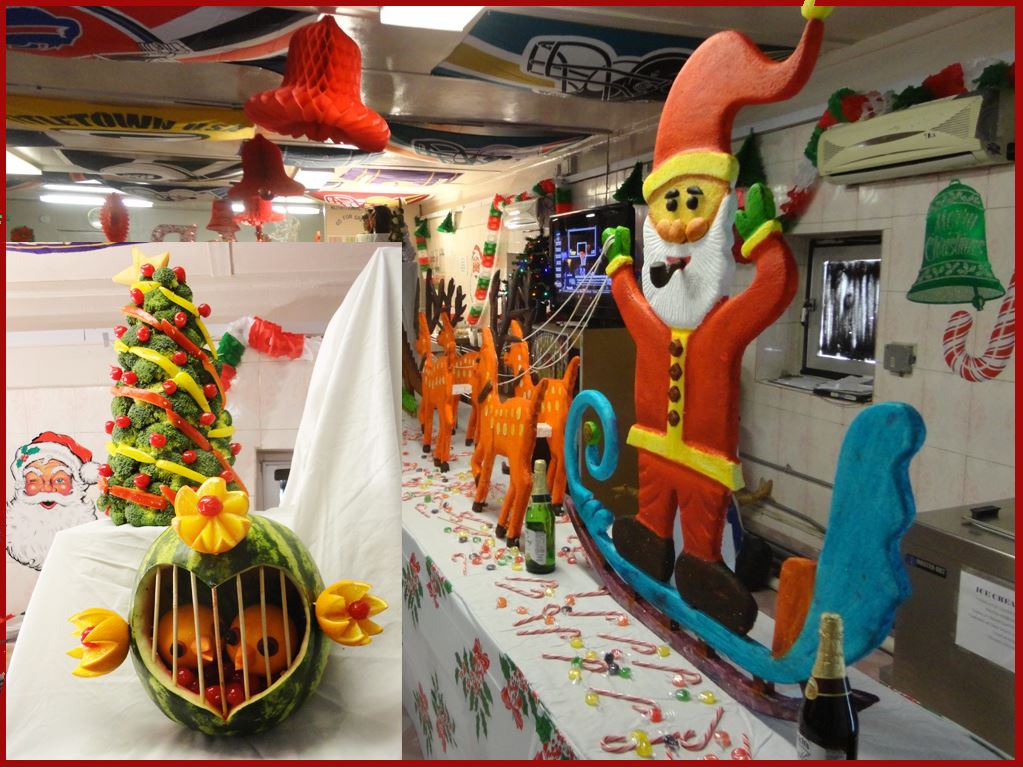 Holidays and Birthdays in a War Zone

A couple weeks ago celebrating one of my grand-daughters birthdays in Oregon, as she was about to blow out the candles I had a flashback of my deployments in Afghanistan, a quick reminder of all the holidays, birthdays and Anniversaries I missed.

The US military and the local Afghans tried their best to make it not so hard for both deployed military and civilians, and I was thankful for this. But it obviously was not the same as home.

BIRTHDAYS – Just another normal evening in Afghanistan, I went to the DFAC for dinner on my 62nd birthday. There was no one I knew, so I sat by myself eating salad, canned tuna fish and a scoop of vanilla ice cream. No cake and no pie .. so I ate 3 oatmeal cookies. We are reminded all the time to be on suicide watch and look for signs from our fellow soldiers and civilians, so I guess the soldier was doing his part when he asked if I was ok. Feeling lonely, especially missing family, is a demon you are constantly fighting on War Zone deployments. Sometimes, It took all my strength to be positive and upbeat. In reality it is Damn depressing at times. At least my job had me out all over the place rather than just sitting behind a desk on a large base.

EASTER – I was on an Italian & Spanish base for one Easter and since the dining hall was run by the Spanish and Italians, the decorations had nothing to do with Easter bunnies or rabbits or anything traditional Easter in America. Their Easter food was mostly fish that looked like little Piranha’s, with the heads still on and bread. They served wine for their Easter meal except to us Americans as US Military and those assigned to them are not allowed alcohol.

All other Easters I celebrated in Afghanistan at US Base dining halls (DFAC). We had turkey, ham, mashed potatoes, cranberry sauce and sometimes pie. The further out you got into Austere and Remote areas the less quality the meals became. Same for decorations. The bases that had a Chaplain had special Easter Services for the various denominations. 4th OF JULY – The US Military does a great 4th of July with as many decorations and American flags that could be jammed in the dining halls. Generally, the menu consists of a Bar-B-Q with hot dogs, hamburgers and Chicken. If we were lucky, a cherry pie and a strawberry desert with maybe ice cream.

My favorite 4th of July was after dark with my Air Force Engineers sitting on the roof of one of our buildings watching and cheering our 4th of July fireworks – giant flares being shot into the air by the US Military artillery. I wondered what the Taliban in the surrounding areas were thinking?

THANKSGIVING – At Thanksgiving on another military base, an Afghan drove a car onto base, and upon opening the trunk, it was full of live turkeys. The Afghan interpreter brought the turkeys to the base for US Soldiers to celebrate Thanksgiving! The turkeys all jumped out of the trunk and started running all over the base with the Afghans and US Soldiers trying to catch them. I watched and laughed as it looked like something out of a silent movie with Charlie Chaplin. Only in Afghanistan, you just can’t make these things up.

CHRISTMAS – Christmas was the most celebrated holiday in the War Zone on US Military bases, while I was there. The US Military served the best Christmas lunches and dinners with a ton of food flown in, including all the trimmings that it can possibly get to each base. Making it a lot of fun, the military officers and high ranking NCO’s generally served the food. Also, each base received care packages for everyone, military & civilian, from all kinds of organizations from the USA and USO.

My most memorable Christmas meal in Afghanistan was when the local workers went all out with the food and decorations. They had carved melons and pumpkins and even Ice Sculptures of all kinds of characters. Some were Dinosaurs. I have no idea why they thought Dinosaurs had something to do with Christmas, but they were impressive and gave us Americans a good laugh and lifted our spirts.

One Christmas at a small base, a young US Air Force girl sketched a cartoon caricature of me as a joke. At home for our family’s traditional Christmas dinner, my wife blew up the sketch and put it on our Christmas Dinner table for all to see. Hmmmm …. I thought I better remind them I am still alive. ROMANIAN CHRISTMAS – I spent a lot of time with the Romanians, so it was nice to be invited to their Christmas eve program and their Christmas day service. The Evening program included a choir singing Romanian Christmas songs and a play that had something to do with a goat and a Gypsy Woman, it was hard to know as it was all in Romanian, but I really enjoyed both. The next day I was the only American at the Romanian Church Service which included receiving holy water on my head. AFGHAN HOLIDAYS – Besides the American holidays it was important for me to have an understanding of some of the Afghan Holidays. Not only did it create a better friendship with the Afghans, but it also addressed possible delays in the construction timeline, as workers would slow down on the job sites or not even show up at all, such as with the Afghan Holiday, Ramadan, which is a month long observance. I made it a point to remind the military and civilian engineers of these holidays to be prepared for the progress on the jobs to slow down or completely stop. One time I even bought a lamb for one celebration and festival.

DEPLOYMENT HOLIDAY THOUGHTS – I really didn’t realize how much our holidays meant to me until I didn’t have them anymore. For four years I missed every Easter, Thanksgiving, Christmas, New Years, our wedding anniversaries, my wife’s, sons, and my birthdays. I was still on the road out in the boonies, stuck in a wood shack for Father’s Day one time instead of spending a nice day with my family and just relaxing at home. Then I would be reminded the next day is an Afghan National Holiday for when the Russians left Afghanistan and all the Afghans would take that day off to celebrate. But of course … just another work day for me.