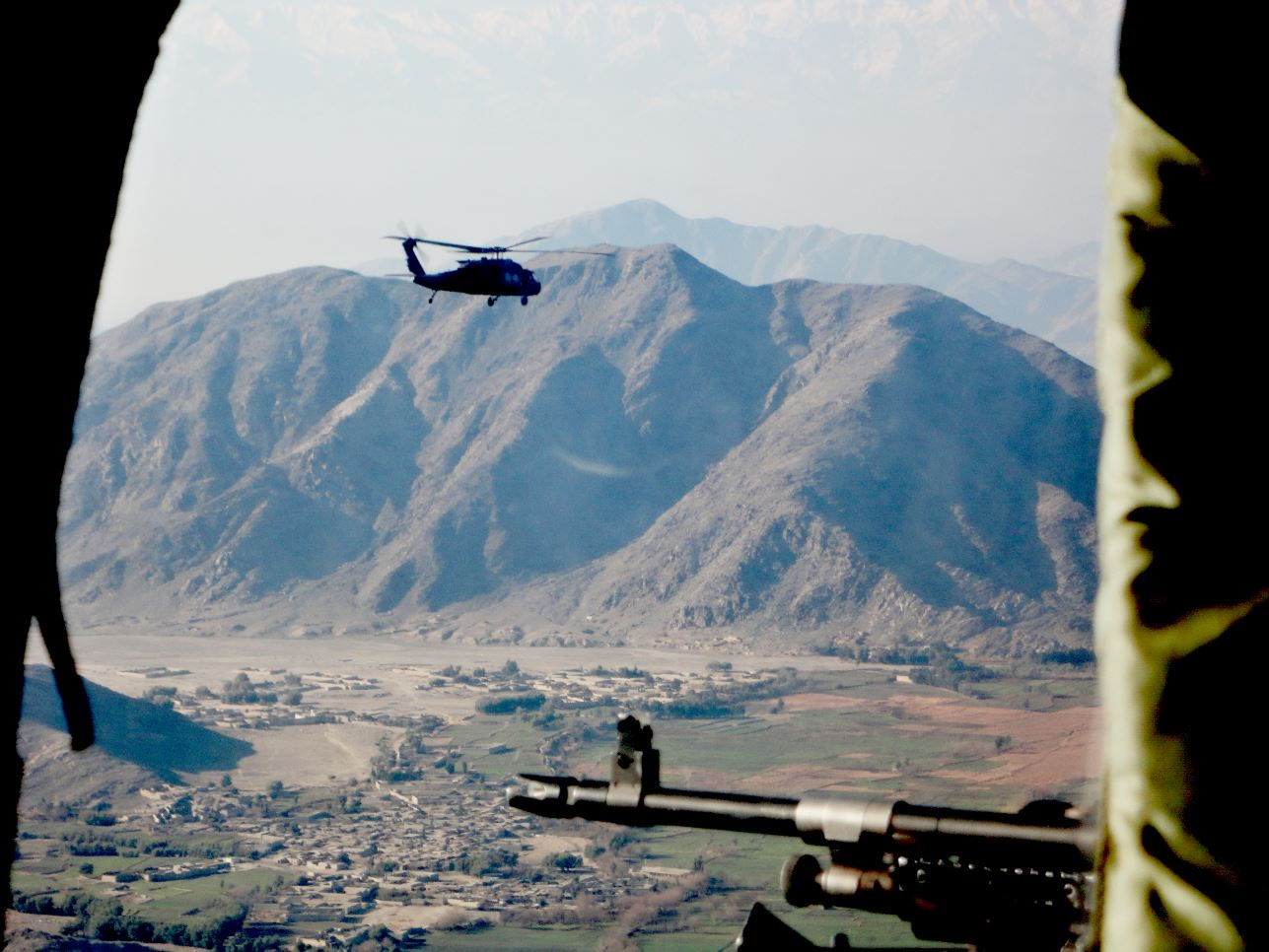 The other day I was sitting on my front porch watching the sun set and heard a Black Hawk Helicopter fly overhead. It was a sound I have heard a hundred times before. The familiar wish-wish sound of the whirling blades and twin engines immediately transported me back to Afghanistan where so many times I sat alone in some remote, desolate place for hours waiting to hear. I would strain my eyes looking up hoping to see a small black dot in the sky that would be the helicopter coming to rescue me, to pick me up and take me back to the safety of my “home base” with my own bed, good food, warm water showers and the ever friendly faces asking me about my latest adventures and what I saw.

There was never any guarantee that a helicopter would show up and there was no guarantee even if it did that there would be room for me. The war zone was a fluid environment with thousands of moving parts and ever changing situations. Plus, there was a seniority for getting rides on helicopters in the war zone, and me being a civilian contractor, placed me at the bottom of the list, unless I was with some high ranking US military officer. But that didn’t happen very often. And there was that ever menacing disrupter the “The Taliban.” If I was in an area that came under attack the helicopters would not land, they would pass me by, leaving me to get out of harm’s way and try to get a ride another day.

I soon recognized each sound of the various helicopters I rode on. Some were military and some were operated by civilian companies. Actually some of the civilian helicopter company’s headquarters were not far from my home in Oregon. It felt very cool to fly in those and talk with the pilots bringing memories of home.

A couple days after this front porch experience, I was using a plastic outhouse (porta potty) while camping on the Washington Coast. The unusual hot sun beating down on this small foul smelling toilet enclosure brought memories flowing back to Afghanistan. One of the differences is this porta potty was not enclosed in sand bags, as in Afghanistan, to keep the bullets and shrapnel fragments from nearby exploding mortars and rockets putting an end to my life while sitting in such a vulnerable position. This is not how I want to be remembered. I never know what sounds, smells, tastes or sights are lurking around the corner to trigger memories of past experiences in the war zone. Not all bad or traumatic, there are just as many good and wonderful memories of the many friends I made and experiences I had with the people in Afghanistan, including the other countries deployed there. Just the other day I was watching the news and after seeing pictures of Afghan villages I remembered the happy smiling faces of the boys sitting in the schools I had just helped finish building. What a satisfying feeling that was, knowing this would forever transform these Afghan boys and their family’s lives. One thing upon returning I never expected, was myself lecturing my young grandchildren about how you always need to be aware of your surroundings. You never know what direction a crazy person will attack from? And just like Afghanistan you are pretty much on your own. There will likely be no police or person there to protect you. But wait a moment, am I being paranoid because of returning from a third world war Zone? I thought I left those dangers behind me in Afghanistan to return to safe America, one of the things I always had to look forward to. But after driving around my home town of Portland, Oregon which once was a beautiful city, now in certain places, resembles a lawless “Third World” country, with garbage all around and boarded up windows, inhabited by thieves, drug addicts and who knows what else. What is my government doing or not doing? I remember seeing pictures of the once beautiful city of Sarajevo, Yugoslavia which hosted the 1984 winter Olympics now destroyed and wondered how could this possibly have happen? Now I see that same transformation in my own backyard.

I wonder … did I really leave a third world country and war zone behind me or did I just move to a different location?

The world of “Triggered Memories”, the war zone gift.