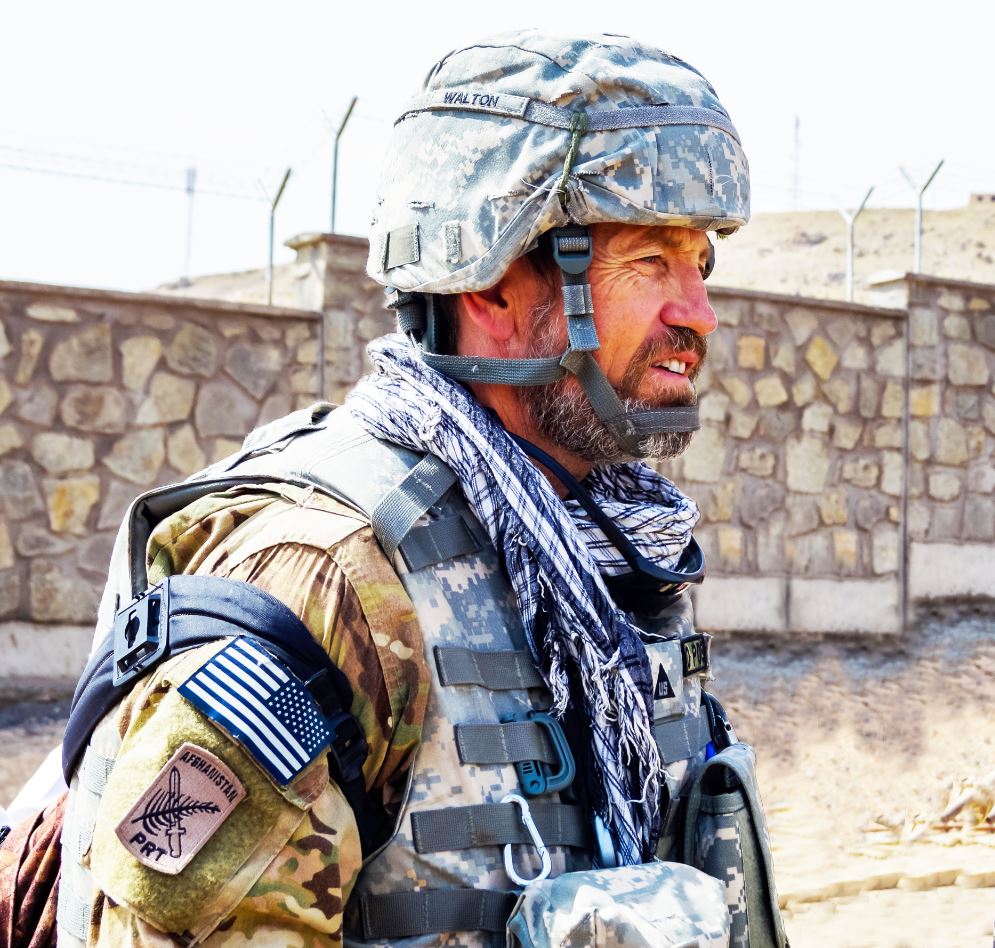 Day and Life of Mr. Rich in Afghanistan

What is it you exactly do every day? How does what you do impact the lives of others? It’s not as simple as you first thought. Every day is different to some degree and yet some things remain the same. Murphy’s law can complicate matters; “Anything that can go wrong will go wrong” .. a negative look at life but worth remembering. My Motto was “Always Plan for the Worst and Hope for the Best.”

My most asked question of my 4 ½ years in Afghanistan is: “What did you do?”

So what was a day and life for “Mr. Rich,” as I was referred to by Afghans?

My Life in Afghanistan can be broken into 4 phases. Each phase having a different purpose, employer, job description and a different routine. All four chapters were similar as they were to aid in the reconstruction of Afghanistan from years of wars, while in the process hopefully “Winning the Hearts and Minds” of the Afghan people.

Working for a private contractor for 4 months, living in a house in Kabul with a couple body guards, a security manager and an interpreter (we did not live on a military base). My job was to find projects to bid on for the construction company I worked for, then, if we won the contract, to oversee construction to completion. I had to figure out what to do every day; how to find jobs to bid on and who to talk to?

Being my first job in Afghanistan, this was both the most exciting and most stressful times of my life, many times feeling I was over-my-head as the learning curve was unbelievably hard, but the experience of a new culture and the people I met was unforgettable. In the morning I looked online for construction projects to bid on, then Afghan Contractors came to our house office to talk about and give me their bids to build the projects.

The afternoons were exciting as we traveled by car to other Afghan contractor’s offices, to projects and to the market places to check out various construction materials. We also went to US Military bases to meet with US Government contracting officers awarding the construction projects to contractors like our company. We never traveled at night, in fact just traveling at all in a car was both dangerous and on the edge of being exciting. We ate all meals at our house most of the time (once in a while on base or with an Afghan Contractor crew) then finishing my day into the evening writing bids for our company to win the projects, preparing construction schedules, doing some drawings and filing reports to my company headquarters in Baghdad, Iraq. I wore civilian and Afghan clothes combined. My civilian clothes could not have USA name or logos on them making me a definite target. We took most Fridays off as that is the Holy day for Afghans to go to the Mosque (like our Sunday in America) Next, I worked for two different private companies, each for one year, each under contract to the US Air Force doing construction management and inspections (living on US military bases). I no longer put together the bids for the jobs. Both my new jobs this next 2 years were to oversee the construction projects for the US Government.

I still worked for a private company and wore civilian clothes with the occasional adornment of Afghan clothing accessories, but now living on US Military Bases protected by walls, guard towers and soldiers. My job was jokingly referred to as working on the “Darkside” meaning an “evil” contractor, a mercenary without a gun. Besides tending to emails with Afghan contractors, military personal and US contracting officers, and doing jobsite reports, I’d visit the jobsites on my home base driving a small pickup truck and hopped on a helicopter to visit other bases and construction sites.

I traveled from base to base on US Military and Private helicopters and planes. Closer jobsites I went on ground missions in a US Military convoy with armed soldiers. I would have as many as 50 jobs to oversee on 20 different bases. My job was inspecting the projects to see that they were being built correctly to American standards and in a timely manner. I’d also meet with the Afghan construction workers and contractors to help and teach them how to construct the projects. I ate most meals on base with much more variety than when living in the Kabul home. My next adventure was the most enjoyable and fulfilling of all 4 years in Afghanistan, working as a US Government employee for the PRT (Provincial Reconstruction Team) for 21 months, living on military bases. I wore the same uniform as our US Soldiers and had to follow the same rules as they did except, I had much more travel flexibility. I traveled a lot more off base on Helicopters, planes and in US Military convoys and on foot patrols with the soldiers protecting me, to huge projects and smaller construction projects in remote bases and areas. My daily routine was similar to the last two years with much more interaction with the Afghan people, Afghan Army and more exposed to occasional combat engagement.

This job put everything I had learned to work, from having my own architectural design business and the previous 2 years working in Afghanistan as a construction manager. Basically, my dream job. I could have done this job for 10 more years when it was all of a sudden discontinued by the US Government as US bases began to close down. I was the last PRT member to be in Afghanistan. The last 3 months in Afghanistan, I worked as a US Government employee of the US Army Corps of Engineers (USACE), doing paperwork as a project manager on USACE projects for the South, Southwest and West regions of Afghanistan by email and phone. There was no more traveling off base, no coaching, teaching or mentoring the Afghan workers. My days were stuck on Kandahar Base as I started to think we were trying to win the war through paperwork!

All four jobs were managing construction projects overseas in austere and hostile environments traveling to the most remote places in Afghanistan.

It was great to have the flexibility to produce construction drawings on the spur of the moment and travel to construction sites in war zones to plan and supervise the building of a diverse variety of structures. I was able to interact with the local workers to Teach-Coach-Mentor to them construction techniques and complete construction jobs with limited equipment and materials using “outside the box” solutions and to adapt to local building methods, techniques and materials and interject western technology when it made sense.

“Winning the hearts and minds” of the local people through “Teach-Coach-Mentor” principles on humanitarian projects. Working with the workers, building schools and health clinics, the military referred to me as a “Force Multiplier” in the development of small remote and austere bases and other projects.